Soldat is a unique 2D (side-view) multiplayer action game for Windows. It has been influenced by the best of games such as Liero, Worms, Quake, and Counter-Strike and provides a fast-paced gaming experience with tons of blood and flesh. Soldiers fight against each other in 2D battle arenas using a deadly arsenal of military weapons, across 7 default game modes. The game is free to play, with optional registration unlocking cosmetic features, such as colored jet flames and customizable interfaces.

Soldat was developed by Michał Marcinkowski (MM) beginning in November of 2001. MM is CEO of the independent game development group Transhuman Design and is also known for his work on games such as Crimson Glory, R & link-dead.

Soldat is coded in the Delphi programming language using the JEDI libraries. The first public beta (V 0.9.4b) was released on 09.05.2002. As time passed, the game changed from being developed exclusively by MM, to having many different developers that contribute in different ways, with MM still making the executive decisions for Soldat. Brief history of Soldat's head developers:

MM has previously promised to release Soldat as open source if he ever stops working on it himself (roughly around 2008). But after few years of his decreasing activity on Soldat (due to work on other games) this idea was abandoned, and Soldat was taken over the wings of a few community members that develop the game voluntarily in order to keep it alive. Nowadays the thought of making Soldat opensource is floating again.

As of April 2018, Shoozza (Gregor A. Cieslak) is the lead developer of Soldat, with the current goal being to release the next version on Steam.

June 2018, Shoozza stepped down from the lead developer role to make way for a quicker pace development. The current dev leads are helloer & urraka.

There are also custom sub game modes, such as:

See Weapons for a detailed description of each available weapon. 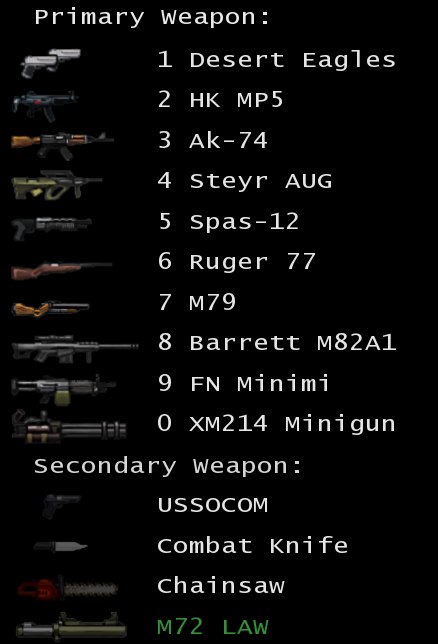 Fully described list of the default keys setup can be found Here.

Full list of Development tools used for previous versions and upcoming one can be found Here.